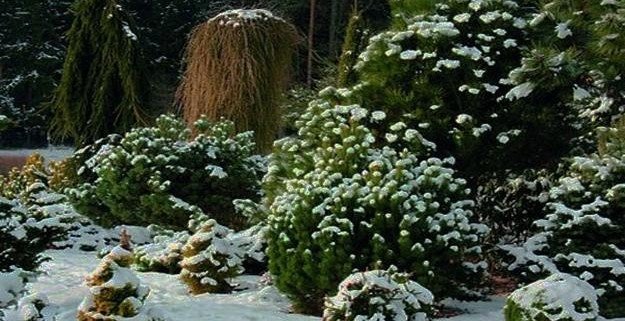 Trees and shrubs:
• Prune trees as needed to shape and raise the undercarriage
• Prune shrubs to allow for penetration of light and moisture
• Apply dormant oil to shrubs to reduce problems with insects during the spring and summer
• Trim crape myrtles and Liriope
• Apply post-emergent weed control as necessary.
• Begin mulch applications toward winter’s end

Trees and shrubs:
• Fertilize trees and shrubs using a balanced fertilizer
• Inspect for insects and disease, treating as necessary

Additional:
• Begin the planning and designing phases for next year’s landscape projects by deciding upon an appropriate landscape design firm
• Arrange for consultants with your landscape design firm to take measurements and survey current conditions before the ground is covered with snow
• Finalize winter service contracts for snow removal, deer-netting, dormant-season pruning, etc.
• Arrange and schedule a contractor or home-repair specialist for wintertime home-improvement projects

Trees and shrubs:
• Prune shrubs as necessary
• Inspect for insects and disease, treating as necessary
• Prune azaleas and rhododendrons after blooming, prior to July 4th

Landscaping Tips for the Spring Season

Winter Storm Jonas buried a large portion of the Northeast urban corridor with more than 2 feet of snow from the Washington, D.C. area to New York City Jan. 22 into early Jan. 24, 2016. Heavy snow also impacted parts of the South and Ohio Valley Jan. 22, and the storm brought snow to the Plains on Jan. 21.

Snowfall totals from the storm topped out at 42 inches in parts of West Virginia and at least 14 states in total received more than a foot of snow from the storm.

Winter Storm Jonas was the largest snowstorm on record for several locations in the East. You can find our full look back at the storm by going to the link below. 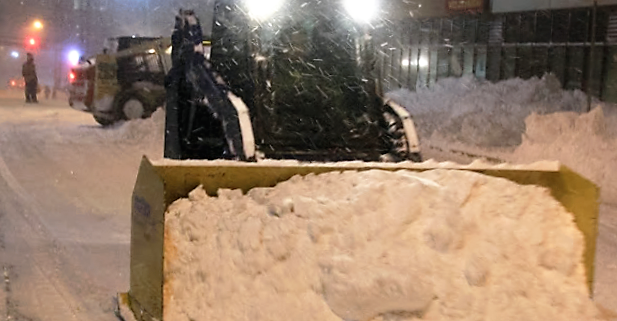 Remember back in December, right before Christmas, when the weather was an unexpected 60° and everyone thought that we may have a warmer winter this year? Major media outlets such as CNN and National Geographic proposed theories that phenomena such as global warming and El Nino, the periodic warming of the Pacific Ocean every few years, were responsible for shooting temperatures above the norm.

However, storm Jonas came through this past weekend and changed those expectations—now winter is finally among us. Starting from Friday at midnight, the first sights of snowfall appeared and continued all day Saturday. Throughout the day on Saturday there were high speed winds that made driving and walking outside very difficult. Public Safety issued an email to all students stating that the campus would be closed that day as well.

By early Sunday morning the snow had ended and there was a little over a foot of snow left. A sunny sky solaced many residents and they spent their snow day in the dorms with food, movies, and relaxation. Confused birds were found chirping by the campus center. Once the wind died down a few brave residents brought out their inner child and played around in the fresh snow outside of Laurel and on the green behind the Honors College.

Starting from midnight on Saturday, snow was already being shoveled away from major entrances and walkways all over campus. By Sunday morning salt was distributed and work still continued throughout the day to shovel the snow. On Sunday night, trucks were scooping snow and delivering it to local snow melting plants. Of course, there is a lot of work to do in keeping the snow away and making sure there is minimal ice on the ground. For safe measures, the campus had a delayed opening Monday morning—offices did not open until noon, and all morning classes were canceled.

Luckily, the weather will improve throughout the week with temperatures reaching up to mid-40’s. Of course, this may not be our only blizzard for the season, so, precautions should always be taken for future storms and other weather advisories. Students should plan any travelling ahead of time to ensure that they will not be travelling in the middle of a storm. Residents should take the necessary precautions to look out for themselves by stocking up on foods and warm clothing to help endure those snow filled nights. Also, it should be considered that most businesses close early if even at all during these conditions. While the largest blizzard of winter came so late in the season, it has only been the first one of 2016, and chances are it will happen again. Take precautions when driving or walking on the street, be safe, and stay warm Highlanders!

This article was published by NJIT Vector